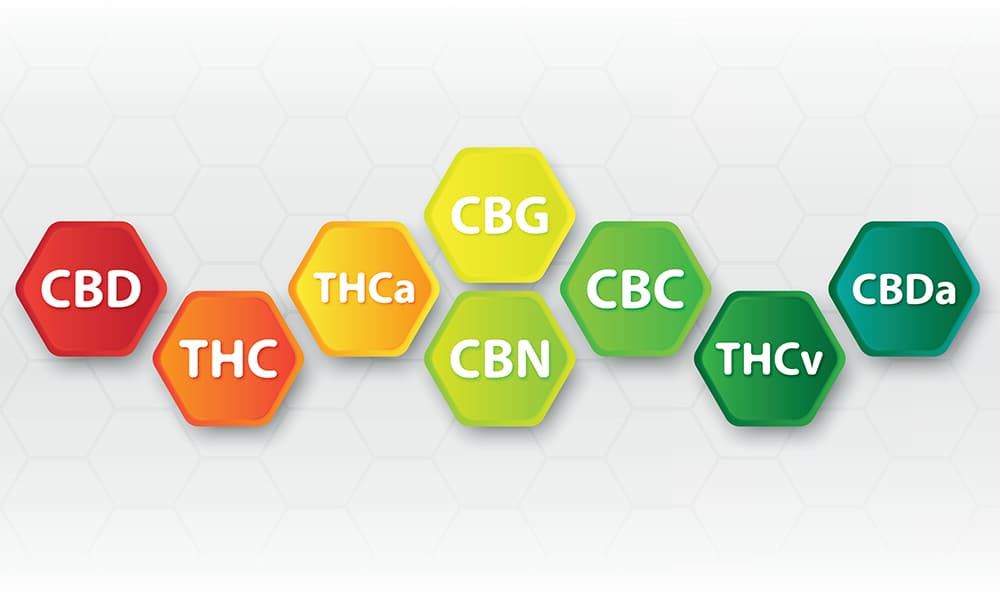 Cannabis has gained a lot of attention in recent years as states begin to legalize it for medical and recreational use. While research is still in its infancy, studies are finding a lot of interesting information about the plant. Some researchers are diving into the cannabinoids contained within cannabis, unlocking clues about the benefits they can provide. While there are more than 100 cannabinoids currently known, four have been receiving quite a bit of attention: THC, CBD, CBN, and CBG.

Cannabinoids are compounds that occur naturally in the cannabis plant. They’re responsible for the effects you feel when you smoke, vape, or use a tincture. Once in your system, they bind with the cannabinoid receptors in your body to relieve pain, reduce anxiety, encourage sleep, and more. 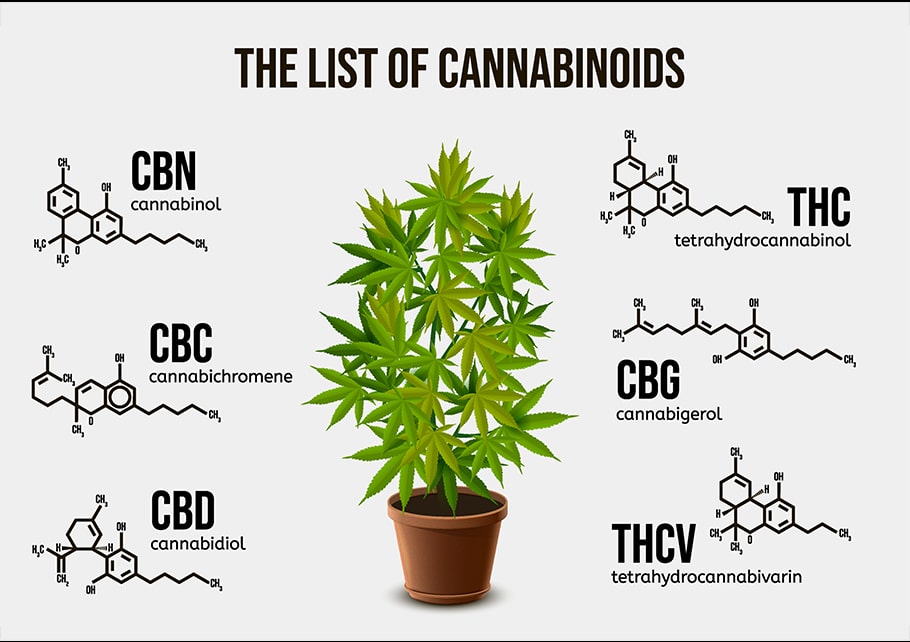 THC (tetrahydrocannabinol) is one of the most well-known cannabinoids, and it’s one of the most abundant in the cannabis plant. It’s best-known for causing users to get high, but that’s not all it does. THC has an affinity for CB1 receptors. When it binds with those receptors, it unlocks effects such as pain relief, relaxation, and appetite stimulation. In small doses, it can also help to combat anxiety.

CBD (cannabidiol) is the other well-known abundant cannabinoid in cannabis. Unlike THC, CBD has no psychoactive effects. Also, unlike THC, it doesn’t interact directly with your cannabinoid receptors. Instead, it can block certain cannabinoids from latching on, such as THC. As such, it can help to lessen the effects of the high-inducing cannabinoid. CBD can help to:

CBN (cannabinol) isn’t as well known as THC and CBD, but it has gained a lot of attention recently. Research is showing that it could act as a powerful sleep aid.
The cannabinoid doesn’t exist in fresh cannabis plants. Instead, it occurs when THC degrades. It develops over time, as the plant ages, or when the plant gets exposed to heat or light. Like THC, it has psychoactive effects, but they’re nowhere near as potent. According to research, it binds to CB1 receptors at one-tenth of the strength.

CBG (cannabigerol) is another cannabinoid that’s only recently started getting a decent amount of attention. It’s a non-psychoactive cannabinoid with a variety of promising medical applications.

The cannabinoid itself is actually a precursor to CBD and THC. It breaks down into these components when exposed to heat or light. It interacts with CB1 and CB2 receptors (where some cannabinoids tend to prefer one over the other). Researchers believe it can help to increase dopamine levels as well as regulate appetite, sleep, and mood.

While each of these cannabinoids provides benefits, there’s a substantial amount of anecdotal evidence that shows they work best when they work together. The phenomenon, known as the entourage effect, says that combining cannabinoids enhances their benefits, providing an overall better experience for users.

Licensed dispensaries provide a range of products. You’ll find full-spectrum, broad-spectrum, and isolates in tinctures, capsules, and edibles. Of course, you’ll also find cannabis buds, which you can use in joints, vape pens, and bongs. If you’re having trouble finding something that suits your needs, a budtender will be more than happy to assist you.